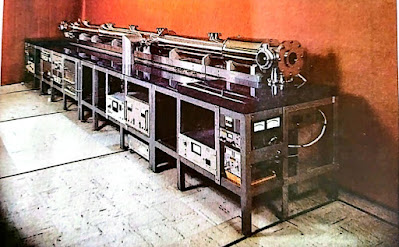 Physics is a branch of science and it can be said that it is the oldest branch.

This is because long before the other sciences were interrupted, scientists began to practice astronomy, an important branch of physics. Physics, on the one hand, is the oldest branch, and as such, it is the most basic (f u n d a m e n t a l).

In general, we can say that the branch of science that seeks to understand matter and energy and the interaction between the two is physics.

You must have guessed that matter here is not just the visible matter around us, the matter is made up of matter, that is, from atoms to electrons, protons, neutrons, quark strings.

Energy is what we call static energy, kinetic energy can be successful or weak nuclear energy in addition to mid-year or electromagnetic energy.

Since physics is not only the oldest and most fundamental branch of life, but also one of the branches of science has somehow developed on the basis of this same branch, so naturally the range of physics is much larger. Not only this, with the help of various formulas of physics various technologies have been developed which we use in our daily life.

In addition to everyday life, physics is used in everything from war games to space missions.

Not only that, other branches of science and physics have been merged to form new disciplines on a regular basis, such as astronomy, astronomy and physics. Chemical physics, geophysics has been created using physics, geophysics and medical science has been developed using physics, medical physics etc. Therefore, the scope of physics is vast and very deep. To facilitate the fall of the text.

We can divide physics into two main parts. They are:

(1.) Classical Physics: These include mechanics, sound science, heat and thermal dynamics, electricity and science and optics.

(2) Modern Physics: The modern physics that has developed using quantum mechanics and theoretical theories are molecular and atomic physics, nuclear physics, physics in a difficult state and particle physics.

Hello friends, I hope you like the discussions on this topic today and we will show you many more such stories in the future. Friends, how did you like the events of this history, you must let us know in the comments, friends, thank you Allah Hafez till today.