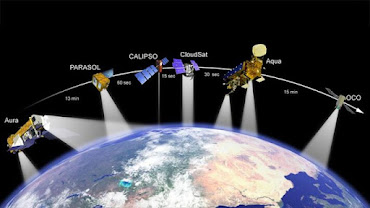 The term satellite was first used in astronomy by Johannes Kepler, in 1810, to refer to the moons orbiting Jupiter, the first moon to be seen by Galileo Galilei with his own telescope. The word satellite comes from Latin, which translates to “follow”. The moon revolves around the earth, the moon is a satellite.

The earth revolves around the sun, so the earth is also a satellite. The Sun revolves around the Milky Way galaxy, so the Sun is also a satellite. These are natural satellites. However, the term “satellite” was first used theoretically, in 1936, and then scientifically adopted in 1956, when the then Soviet Union launched an artificial satellite into space for the first time in the history of human civilization.

You must have heard the name Sputnik-1. The following year, in 1956, the United States sent their first satellite, named Explorer-1. We already understood the need for a satellite. But now I want to say a little detail. Many ask if I can send my information away using an antenna or by installing a tower. Why do you need a satellite?

Suppose you send a picture of yourself on the Internet to a relative who lives in Australia. Now if I want this data I can try to send it to Australia using antenna, tower. But that would be futile. Why? Because the earth is like an orange or almost round. So data loss will occur when the data travels a long distance. The last sheep will not reach its destination. So the satellite

What is The Physical quantities and measurements of physics?