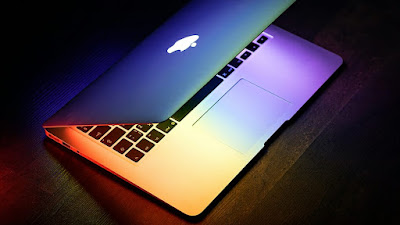 Hey there ! Let’s find out the history of laptops.

A laptop or a notebook is a portable personal computer that is small in size and suitable for travel.

Laptops and notebooks used to be considered different but now they are not. Laptops are used for many purposes such as work, education and personal entertainment.

A laptop computer combines all the components and all the inputs of a desktop computer. Where only one device has a display, speakers, keyboard and touchpad or trackpad. Most current laptops come with a webcam and microphone. A laptop can be powered by direct connection of electricity via battery and AC adapter. Hardware variations can be noticed on laptop models, types and production.

Today I will learn everything from this epic.

(2) What is the function of laptop?

(3) The difference between laptop and desktop

Portable computers were formerly considered a small single market and were used for special types of practical work such as military work, accounting work, sales representatives needs etc. These later became modern laptops. They tend to be smaller in size, thinner, cheaper, lighter and more powerful, increasing their use in multipurpose work. ”

What is the function of laptop?

A laptop can do all the things that a desktop computer can do. There is no fundamental difference between desktop and laptop work. Without external structure. With a laptop you can do graphics design work, play games, watch videos, edit videos, browse the net, do office work.

Laptop desktop What is the difference between them?

I said that there is no fundamental difference between them in terms of work. The difference between laptops and desktop computers is their external size and shape. Laptops are small and everything is in a box. On the other hand, they are big in desktop size, monitor CPU, these are different. Laptops can be easily carried from one place to another but desktops cannot be carried that way.

The start of the laptop’s journey can be said to be from the plan of Dynabook. Alan K. shares the idea of ​​a Dynabook that weighs less than a kilogram and is free. As we see today in the case of laptops.

But at that time Dynabook did not see the face of reality as he did not have the technology to make equipment according to that idea.

In 1985, IBM introduced this computer which can be packed in a bag. This is a significant contribution to the history of laptops.

GRID Compass: William Moggridge of Grid System Corporation built a portable computer in 1989. The computer had a memory of 340 KB and NASA bought it for 800 per computer for space research. (Today we play Ludu with 2097152 KB Mobile)

Grid Compass 1100: Originally built for NASA, but opened to the public in 1982. It’s a folding computer like today’s laptops. Not as modern as today, but had the advantage of folding. Its memory was 340 KB.

In 1984 Apple introduced the Apple IIc model. The Apple IIc is a notebook – the size of a computer, but not a real laptop.

6. There is external power supply

The computer itself weighs 10 to 12 pounds (5 kg), but the monitor is a bit heavier. Apple ICT has a 9-inch monochrome monitor and LCD panel.

The combination of computer / LCD panel has made it a portable computer. The Apple IIc is marketed in the home and educational field, and has been a success for almost five years. Other companies like IBM launched other laptops the following year. The first commercially published portable computer was the IBM PC, in contrast to the Apple IIC.

In 1985, many technology observers wondered if the concept of laptops would last. In an article in the New York Times, Eric Sandberg-Dement asked, “What’s going on with a laptop?” He saw a decline in the use of laptops at the Comdex Computer Show from 1983 to 1985. However, in 1986 IBM introduced the IBM PC Convertible in the market. Priced at 1995 1995, it is the first successful laptop on the market. It was the first IBM machine to use a disk drive for a 3.5 “floppy disk.

Hello friends, I hope you enjoyed today’s discussion on this topic of Laptop Discovery, and later on, in front of you, there are many more such meanings. History, this kind of thing, we will highlight this thing. Thank God Hafez.

Legal supervision on blockchain technology in the global sphere